Most wine lovers are drawn to Mendoza by Malbec, the grape variety that flourishes in Mendoza’s climate. But Malbec from Luján de Cuyo, just outside the gates of the City of Mendoza, is quite different from Malbec grown in the fertile valley Valle de Uco, more than an hour southwest of the city. Of course, Malbec is far from being the only red variety with outstanding wines in Mendoza. You can find excellent Cabernet Sauvignon, Merlot, Bonarda (Charbono in the United States), Cabernet Franc, Petit Verdot, Shiraz and Pinot Noir – if you know where to look for it. As regards white varieties, Mendoza’s climate is less conducive to excellence, but high quality Chardonnay and Sauvignon Blanc, the latter very different from ones from New Zealand, Chile or South Africa, are made by some wineries. Argentina’s ace up the sleeve concerning white wine is Torrontés, which grows best in Salta, a province in the Northwest of Argentina. However, many wineries based in Mendoza have vineyards there, but bottle the wines here, so there is no need to travel far from Mendoza to taste some of the best examples of a wine which is called “the liar”, due to the striking difference of aromas perceived in the nose and the mouth”. When it comes to wineries, Mendoza has more than 1,000 of them, but only a little over a tenth are open for visitors. That said, the types of wineries you can visit are manifold: traditional and large (more than 30 million liters of wine produced per year), traditional and small (with only a handful of employees), modern and big (often sporting breathtaking architecture) or modern and small (with some of the best wines in the land). In short, there is a lot to see and taste, and it is my job to find the best combination for you. 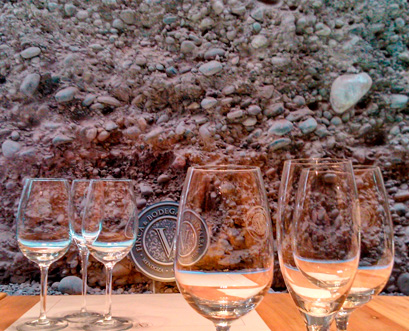